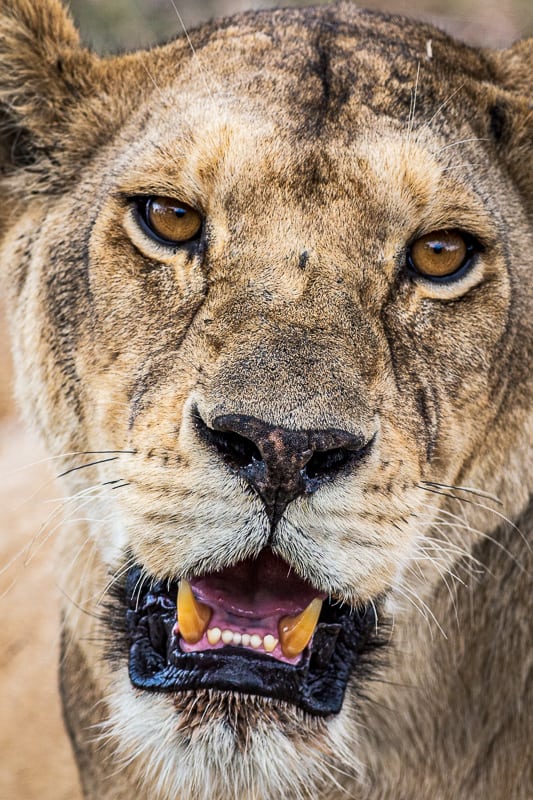 This 4-day journey takes you and your friends and family on the road with a private guide to experience the wonders of two of Tanzania’s best wildlife areas: glittering Lake Manyara and the astonishing Ngorongoro Crater.

Drive from Arusha to the world-renowned Ngorongoro Crater with its incredible density of wildlife that is unique to East Africa. From Ngorongoro Sopa Lodge, you are treated to the spectacle of one of the greatest views on the planet. Continue to Lake Manyara, famed for its dense concentrations of flamingos and other waterbirds, as well as its tree-climbing lions. From the vantage point of Lake Manyara Serena Safari Lodge, take in the panoramic view of Lake Manyara National Park which, although small by Tanzanian standards, has a wonderful diversity of habitats. With the open road before you, set out to discover two of Africa’s ‘unmissable’ highlights in the comfort and privacy of your own safari vehicle, lingering at the unforgettable sight of cheetahs sleeping in the midday shade of an acacia tree or spending precious moments watching a baby giraffe learn the ropes of drinking from Lake Manyara.

The journey begins in Arusha, in the shadow of mighty Mount Kilimanjaro. Your guide meets you in the morning and you board your safari vehicle for the drive to Ngorongoro Crater. Driving through spectacular Great Rift Valley scenery, the landscape rolls past the windows as you leave the fragrant coffee plantations of Arusha behind. Stopping en route for a delicious picnic lunch in a scenic spot, you then continue towards the famous crater. The Ngorongoro Crater ranks as one of the most spectacular wildlife destinations on Earth. This long-extinct volcano is the world’s largest intact caldera and its walls contain an incredible array of habitats, which in turn support an astonishing population of game. With springs and streams to support their water needs, the animals need never leave the crater, and the natural barricades of its walls have protected a population of elephants with enormous tusks, black rhinos and black-maned lions, among others. With a density of game rarely seen elsewhere, combined with breathtaking scenery, the magic of Ngorongoro will begin to work on your senses. One of the few places in Africa where the Big 5 can often be seen during the course of one game drive, there is also so much more to absorb. Herds of gazelle, wildebeest and zebra are resident here, while smaller predators like caracal and serval are also seen, along with the lions’ main competitor, the spotted hyena. The Lerai forest and the marshes below it are the domain of enormous tuskers, where sightings of these beautiful animals are enhanced by spectacular scenery as a backdrop. After a thrilling afternoon, you ascend the crater walls and arrive at Ngorongoro Sopa Lodge, just in time to view a spectacular sunset view over the caldera. Enjoy a delicious dinner in the expansive dining room with its enormous windows overlooking the crater before slipping off to your suite for a well-earned rest.

Enjoy a delicious cup of Tanzanian coffee with your early breakfast before departing on your game drive to Lake Manyara National Park. This small but important park is incredibly diverse in habitat, making it home to a great variety of species and famous for its tree-climbing lions. Herds of buffalo, wildebeest, and zebra congregate on the grassy plains, while the forests are home to impressively-tusked elephants. The birdlife on the lake is spectacularly prolific and sometimes huge flocks of flamingos turn the shores pink with their plumage. Drive through huge stands of fig, mahogany, and acacia trees where monkeys shriek and chatter above; drift out into the open plains, where the lake shimmers blue in the haze of the African heat. Elephants moving toward the water take on a dreamlike quality as they shift in and out of focus in the distance. Moving closer, you watch as they plunge into the water to drink and bathe. Their sense of enjoyment is almost palpable as they splash water over their huge bodies, slurp up great trunkfuls to drink, and watch the youngsters cavorting in the shallows. As the afternoon wears on, you ascend the towering escarpment to where Lake Manyara Sopa Lodge sits perched like an eagle’s nest. Strolling out in front of the lodge, you take in the sweeping panoramic view of the lake, glistening in the light of the setting sun. Taking some time to settle in and freshen up before dinner, you emerge from your suite as the first stars are lighting up the sky. A hearty meal in the dining room awaits, and the tales of adventure and marvel drift around the room in the soft candlelight. Taking a final hot drink out onto the terrace, you stand a few moments, gazing out at the lake shining in the moonlight, and the shimmering expanse of the Milky Way above.

Leaving Lake Manyara National Park in the distance, wend your way back to Arusha to spend the night under the soaring peak of Mount Meru, sister to Mount Kilimanjaro. Clean-lined and contemporary, Mount Meru Hotel is the perfect place to unwind after your Tanzanian road trip, its comfortable rooming offering tranquil views of the distant mountains. Spend the day lazing at the pool or preparing for the next leg of your journey.

After a delicious alfresco breakfast, you decide on the next part of your travels. Watching the scenery roll past the windows, you feel a new connection with this landscape, a familiarity, a fascination; it will urge you to one day return.
Tour included
Tour Excluded
Tour included